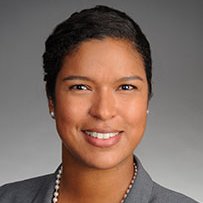 TAMARA COMBS was raised in Salvador, Brazil.  She attended Armstrong State University in Savannah-GA for her undergraduate education, where she graduated with honors with a Bachelor’s of Arts degree in Political Science.  Tamara also received a Master Degree in City and Regional Planning from Clemson University in Clemson-SC, but after some work in that field, she returned to her long held goal of becoming an attorney.

She graduated from the University of Kansas School of Law with her Juris Doctorate in May 2015.  Tamara was admitted to the Missouri Bar in October 2015 and practiced in Kansas City-MO before joining Britton Johnson, PLLC full-time in September 2016. She was admitted to practice in Kentucky in October, 2016. Tamara can speak Portuguese and Spanish fluently.